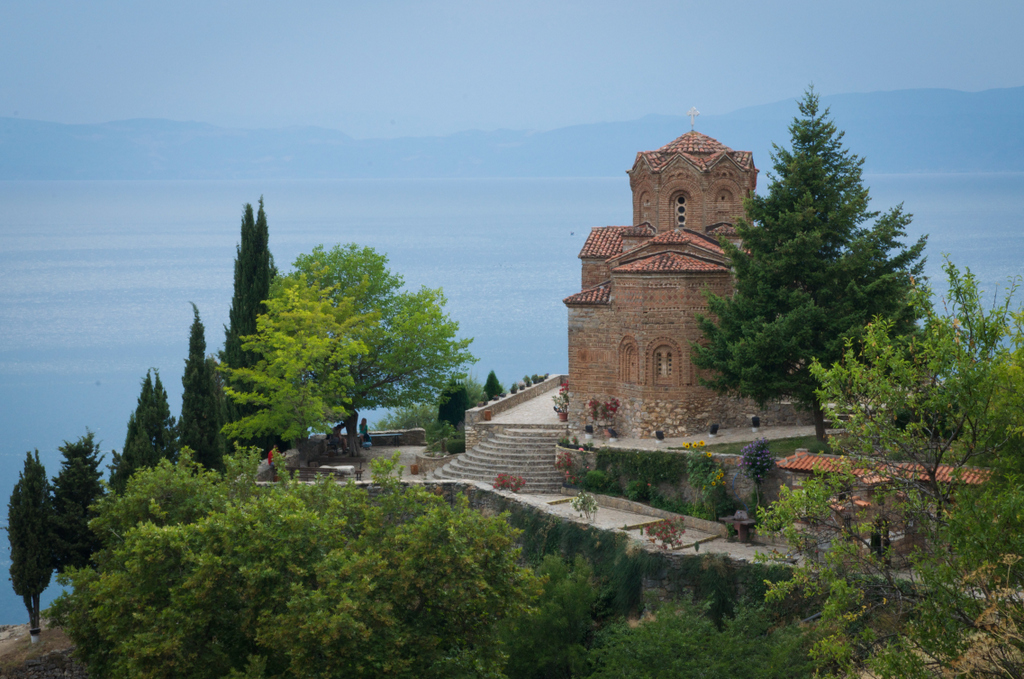 I fell into Macedonia on a whim — I needed somewhere to go for two weeks in between Istanbul and Dubai. Skopje popped up as a cheap flight from Istanbul, and I booked that flight in no time at all.

Macedonia — known also as FYROM, or the Former Yugoslav Republic of Macedonia — is snugly tucked in between Albania, Kosovo, Serbia, Bulgaria, and Greece. (Many Greeks refuse to call it Macedonia, only using FYROM, because they have a region of their own called Macedonia.)

Other than that, there isn’t a lot of information on Macedonia out there as a travel destination, especially when compared to the other Balkans. That said, I found it to be an absolutely fascinating country — and one that deserves to be visited more.

Typical costs? The cheapest hostels start at around $7; nicer hostels were around $10; you can get private rooms from $15-25. A multi-course dinner with wine never exceeded $10; most of my meals were $3-5.

It’s also incredibly beautiful. Ohrid is the nation’s pride and joy, but Macedonia is also a land of mountains, and the views from the countryside are spectacular.

Delicious, cheap wine. I’m nowhere near a wine expert, but I found Macedonia’s red wines to be some of the best I’ve enjoyed in a long time. I usually paid around $2-3 for a single-serving bottle that came out to about a glass and a half.

Yummy and healthy food. The food didn’t push any boundaries, but I found it to be delicious and heavy on the veggies (which is unusual for Eastern Europe). I ate a lot of stuffed peppers, a huge variety of salads, and the occasional veggie pizza. And because the food is so cheap, you can sit down in a restaurant without even looking at the prices.

I also discovered chocolate and strawberry popcorn. It’s actually not that bad…